Penticton is home to recreational opportunities such as skiing at the Apex Mountain Resort ski area, and boating and fishing on Skaha and Okanagan Lakes, or relaxing on their beautiful beaches. There is golfing on the area’s many courses, as well as hiking or biking the Kettle Valley Railway Trail, and rock climbing at Skaha Bluffs. 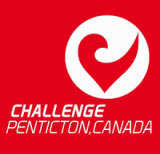